Today’s trip to Piedmont delivered me a dose of the lake as I know it, in my mind. The snowy lake is like a carnival: it’s fun and exciting and new, but after so many trips through the freak tent I get sick of looking at the bearded lady and long for my old favorites, liquid water and soft air. When I drove up today for a moment the sky reflected on the water giving an impression of ice, and I cursed out loud at the notion that it might still be here. I learned so much from the ice, but now I want it gone. (It’s like sex education with Coach Kozdris.)

The ice is indeed gone. The woods are brown, tipped with the earliest spring red (Frost was wrong: Nature’s first green is not gold). The water rippled with wind, and a warm front arrived at the same time I did. The girls were not with me (Maya’s toenail split in half and her foot is bandaged) and before I knew it I was dragging my kayak down the driveway to the water, which has risen in the last few weeks with the rain and the closing of the spillway. It’s up to the summer level now, and Dad’s dock doesn’t look quite so wonky, but he and Shawn have a frigid date with a sledge hammer and a pair of hip waders to get the poles straightened out in April.

The birds know it’s spring. For several years now, the lake has been a stopover for migrating loons. Nobody in my family believed my sightings until someone on the Piedmont Facebook page snapped a photo. Several loons were on the lake today. They ride low in the water and dive frequently. As I paddled along the shoreline to avoid the wicked wind, the loons kept their distance and remained in the middle of the cove, hiding in a swarm of seagulls. Seagulls are also new to the lake. I imagine they found their way here from Lake Erie, and now we have a very small resident population of gripers and squabblers. They exist in such contrast to the loons, who are downright serene and stealthy. The gulls carry on like a fraternity party, swooping and diving and uttering tenuous quivering cries, and occasionally yakking up their libations on the dock. 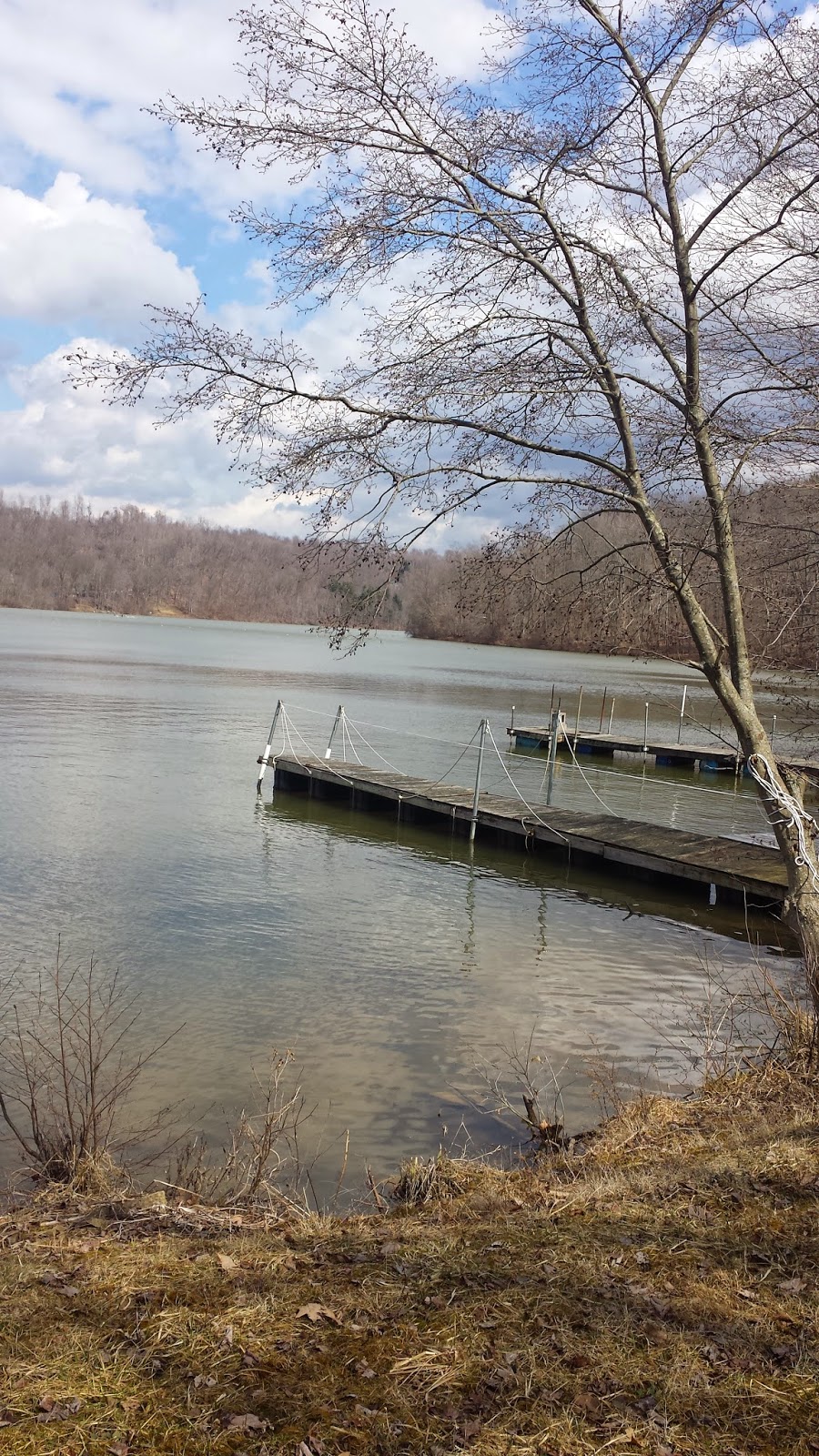 A murder of crows perched in a tree and uttered a bombastic and raucous chorus of chortles in my direction. The bastards were laughing at me as I paddled into the wind. They hopped along the treetops, following me. Is there nothing so bawdy as a crow? They obviously tell each other smutty jokes and compare the sizes of their cloacas.
On the shoreline near where Ben attempted to fall through the ice the other day (see the video), a pair of Canada Geese were setting up a family home. I hate those birds. Today I saw only the pair, in the midst of their nest preparations, but soon they’ll be joined by several other pairs of adults and 15 to 20 babies. And when we arrive for the weekend with our dogs the entire flotilla will come barreling into the water and swim over to our dock to pick a fight with a German Shepherd. It’s an offensive strategy that surprises me every time. They poop on our rock, too. Filthy buggars.

Yes, I know. Way to be a nature writer.

Other avian specimens included the ever-present turkey vultures, a flock of mallards, a pair of courting cardinals, and an abandoned nest I believe to be that of an eastern Towhee who regularly romances himself in the garage window. The bald eagle did not make an appearance, as s/he tends to stay in the headwaters. The largest fish I have ever seen jumped near the dock; it was a muskellunge, of which one very noble specimen hangs on the wall above Shawn’s desk. They reign as top predator in Piedmont Lake, and the Conservancy stocks the lake full of tens of thousands of muskie fingerlings each spring in an attempt to draw anglers and hold onto the state muskie record, which is always caught in Piedmont. We bass anglers feel the muskie have taken over the lake and nary a bucket-mouth bass can now be found. The muskie Shawn caught that day was an accident; we were fishing for saugeye one April day in 2004.

My paddle was a meditation. I haven’t paddled for six months, and I shared the lake with two fishing boats in the distance. Of late I struggle terribly with an unmedicated anxiety disorder and OCD—it’s not that I choose to eschew medication but that I cannot find the right one and the wheels of the medical establishment turn so slowly. The lake was a big wet Xanax today, and for the hours I spent there, I was a human being again. Winter and school have sucked away my sanity. After so many weeks of drawing from within, as we writers are wont to do, perhaps I’m the biggest loon on the lake.

My special brand of masochism involved taking my children with me today. And it was every bit the disaster you’d imagine. They’re on spring break and mercifully go back to school tomorrow. I was able to get them out of bed and on the road before 10am. Ben assigned himself the job of monitoring my speed on the interstate; Andy designated himself the head of the Smug Police, and issued a verbal warning to any backseat drivers who seemed to big for their britches. They corrected each other’s grammar and criticized each other’s vocabulary. Andy befouled the car several times and claimed the stink with the pride of an 8-year-old. 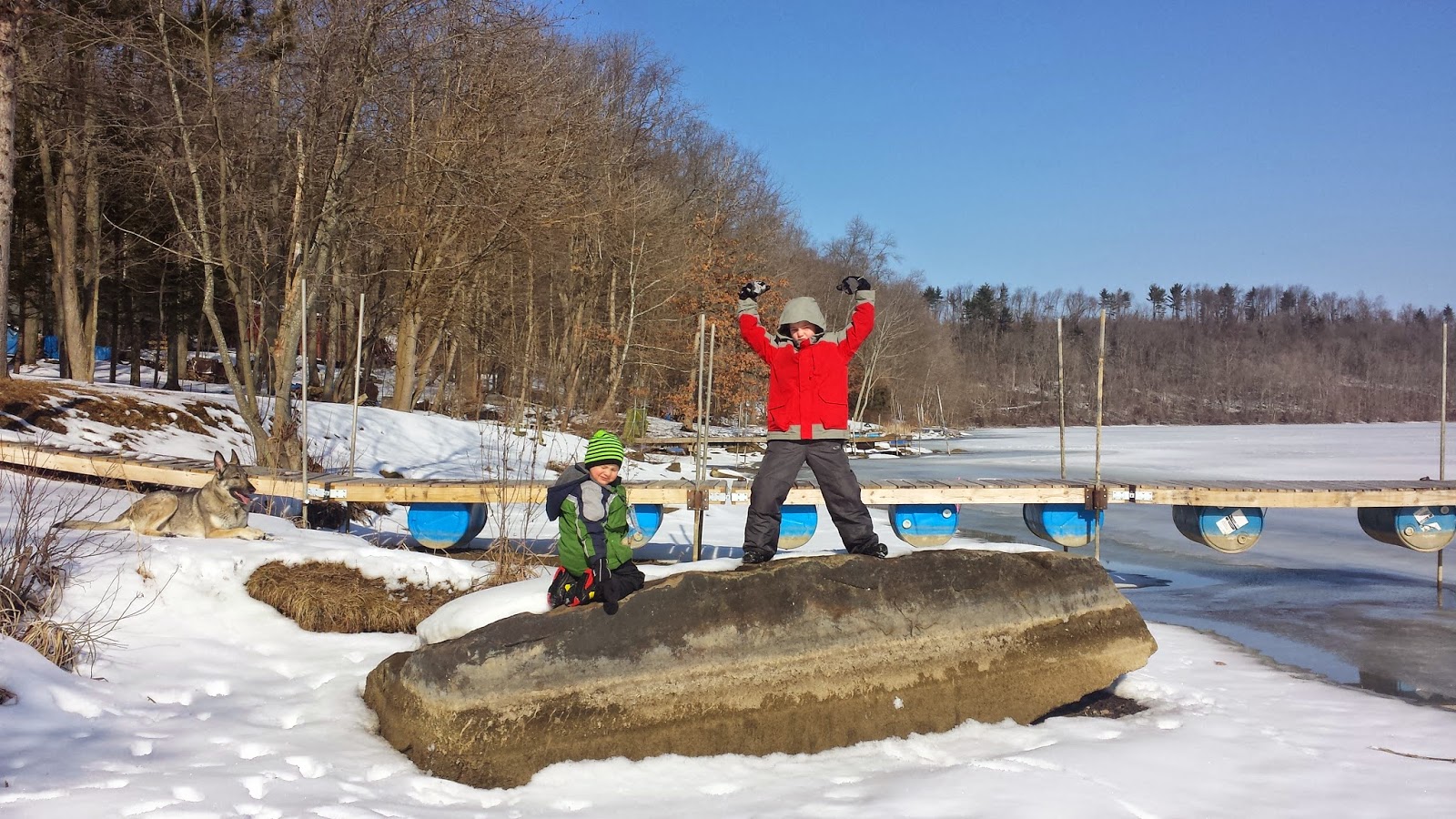 When we got off the interstate we drove along the country roads in the bright sun and Ben said, almost nonchalantly, “I see a wolf, Mommy.” I asked him if he was serious, and then his brother chimed in and said he’d seen a wolf, too, naturally. If they actually saw anything, it was either a red fox or a coyote, so I turned the car around and rumbled along the berm peering into the woods while they argued over whether foxes fart and who saw it first. I saw nothing. Andy stuck to his story but Ben finally conceded that it might just have been a bush.

And so it went. When we arrived at the cabin there was still plenty of snow, but it was hard, crusty, and held the weight of the kids, whereas I punched through. It would have been a great snowshoe day. There were tracks by the cabin and I’ve not yet decided what they are. I tried so hard to show the boys and have them guess what might have left the snow prints, but Maya pooped on the driveway and Ben was staring at the pile, gagging and wretching, unable to look away.

The ice was still there. This weekend was the first weather above freezing in two months. For over eight weeks the ice has lingered. It’s given me an amazing study, watching it change every other week, seeing the many forms it can take and the many, many moods. The Conservancy has closed the spillway and the lake is beginning to rise. Signs of spring! In the photos it’s obvious where the rising water has seeped out from under the thick, opaque ice and has frozen along the shoreline, but this ice is frail. Off the end of the dock I was able to stand on it, and I suspect it will take all of 10 days for it to disappear.

Before we could begin a hike Ben’s boot fell apart, necessitating my return to the cabin for duct tape. Andy assured me he would keep Ben from the ice while I ran up. When I returned, Andy was standing on the ice. “Don’t put your feet it, kids,” I said. “You’ll get your legs wet.” Ben decided to crawl onto the ice on his hands and knees. I heard him make a noise and turned to find him wallowing in the freezing water like a puffy little seal.

His feet were soaked, his pants were soggy. The sun was in his eyes. There was no hike to be taken today. Instead, I let them loose on the empty playground at the church camp nearby and lay on a wooden bench in the bright sun, trying to soak up a little silence. A woodpecker was in the woods, somewhere above our heads, and though it took 17 attempts, I was able to shush them long enough for them to hear the sound of the pecking. Then Ben fell off a tire swing and sobbed, and it was over. His foot hurt, his body was wet, and he was too tired to get his tiny little body down the hill and back up the next hill to the cabin. Guess who did the schlepping?

I tried to give the kids a nature walk. I silently told myself that they were not willing to receive the experience today. But then I realized they were having their own experience. They are little children; they don’t see the moods of the ice. They don’t relish stillness, and the sound of a woodpecker is but an interesting tidbit on the way to the next mudhole. They aren’t capable of seeing what I see, and there’s nothing wrong with that. When I was 8 I probably enjoyed tossing rocks and tire swings more than I did traipsing through crusty snow that came up to my shins. That was where I started, and now I’m a grown adult who put those fun little moments in nature together to form a greater appreciation and desire for nature. Whether I put them in “real” nature or “artificial” nature, I cannot manufacture experiences for them. Nor would I want to. Today I let them play, and I let them take some risks. I didn’t ask anything of them but to walk with me and listen for birds. I may not know for 30 years what these experiences mean to them, but hope they will be worthwhile.

As for me, I did not get my dose of Piedmont Peace. But I saw another perspective, got a stern reminder that my eyes are by no means the only eyes. Take whatever experience you like from nature; it’s all good.

*Due to sick children on spring break, travel, and many inches of snow, Blog 5 will be arriving after the weekend. Until then, please enjoy this photo of a shirtless Vladimir Putin riding the now-famous weasel riding the woodpecker. 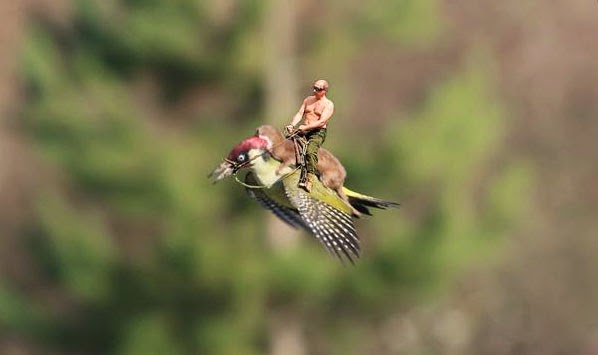